Both CPR overhead bridge projects consisted of the removal of the existing concrete deck, steel and concrete substructure & replacement with a new concrete structure all without disruption to the existing CPRail infrastructure or train schedule!

The Rossport overhead project on highway 17 was completed in August 2016. The new staged construction concrete structure included the installation of 120ft long pretensioned voided box precast concrete girders (the longest in the Northwestern region) upon 1200mm rock socketed caissons with cast-in-place pier caps. A large extent of MSE precast wall and extensive paving made this an exciting and challenging project. LH North was nominated for “concrete of the year Northwestern Ontario” for this project.

The Selim CPR overhead project on Highway 17 was successfully completed on time and on budget in October 2016. This similar project also consisted of the removal of the existing concrete deck, steel and concrete substructure and replacement with a new concrete substructure, all while keeping highway and rail traffic moving smoothly! Rock socketed caissons, large pretensioned voided box precast concrete girders and MSE precast retaining wall rounded this project out. 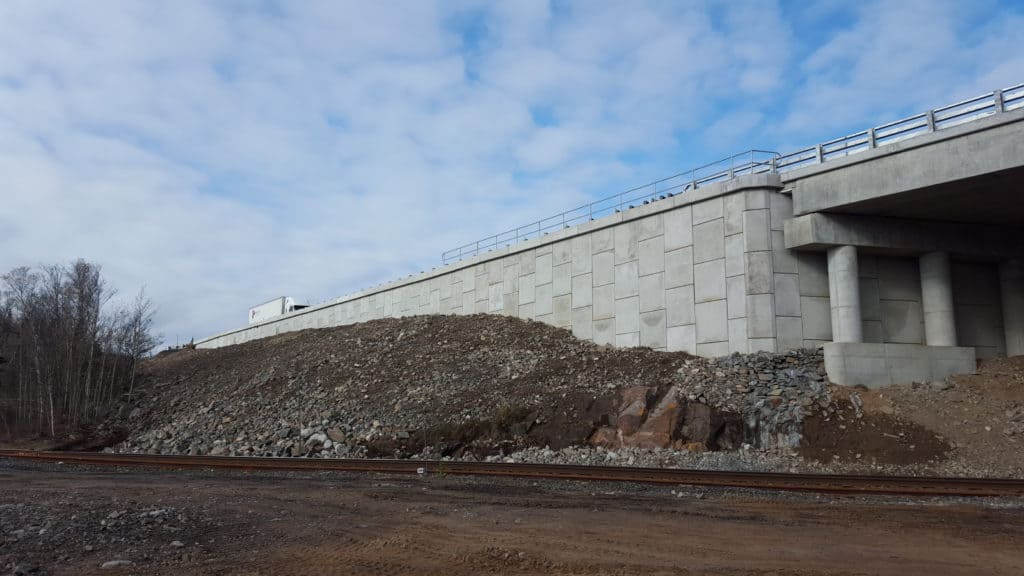 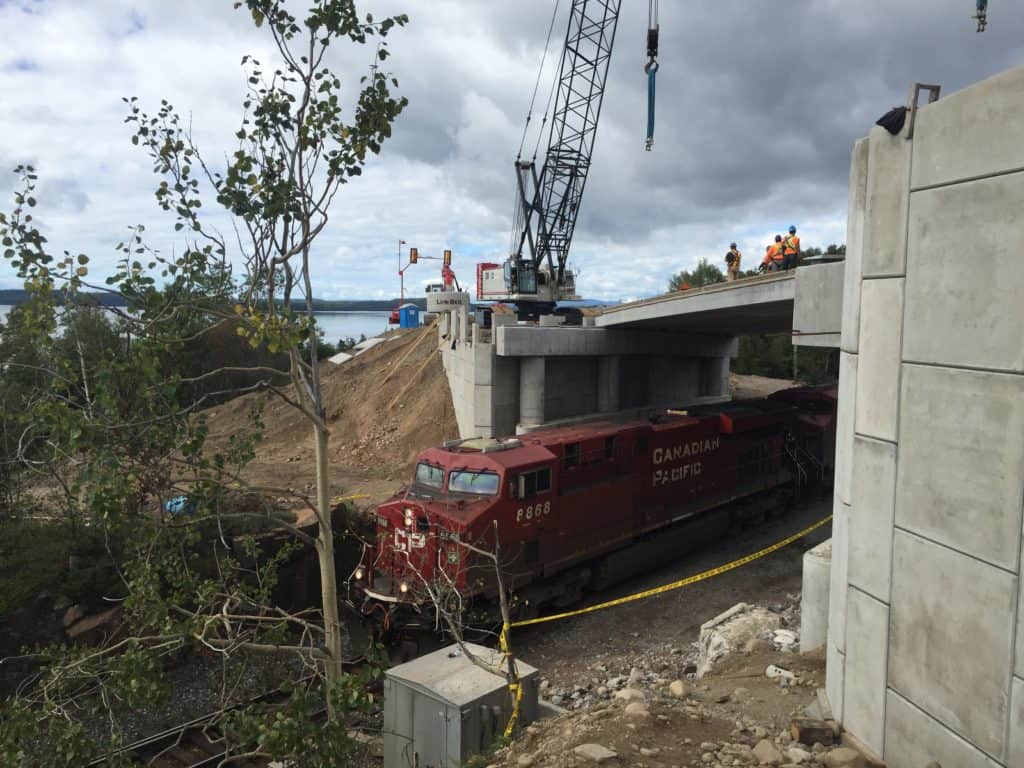 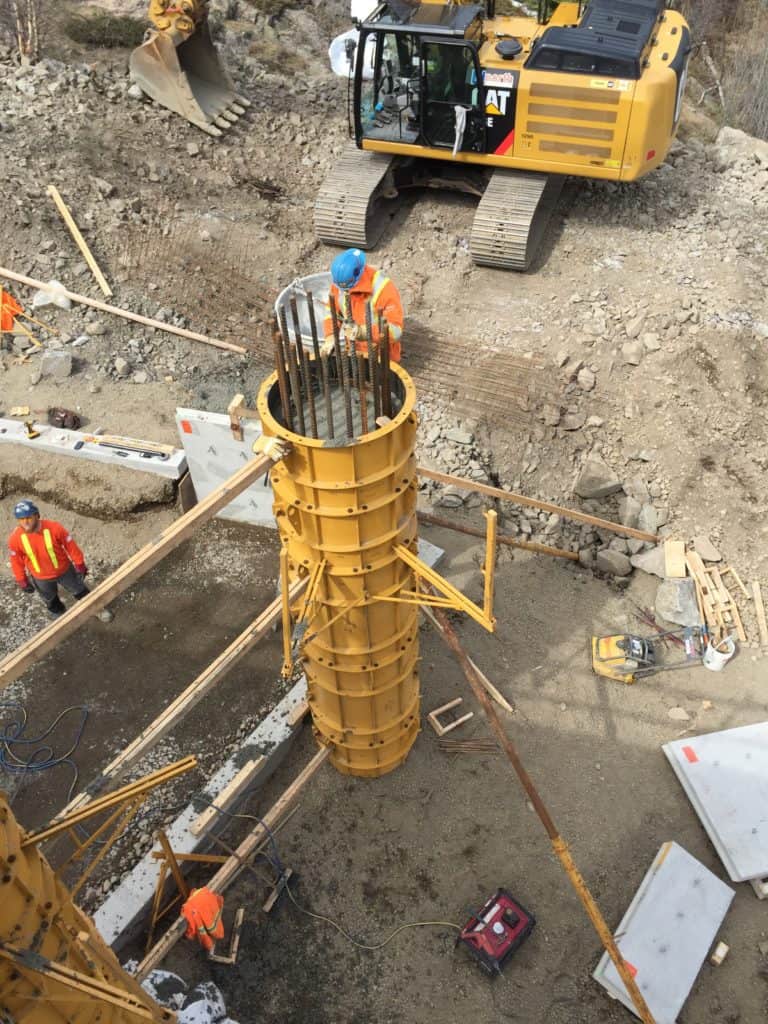 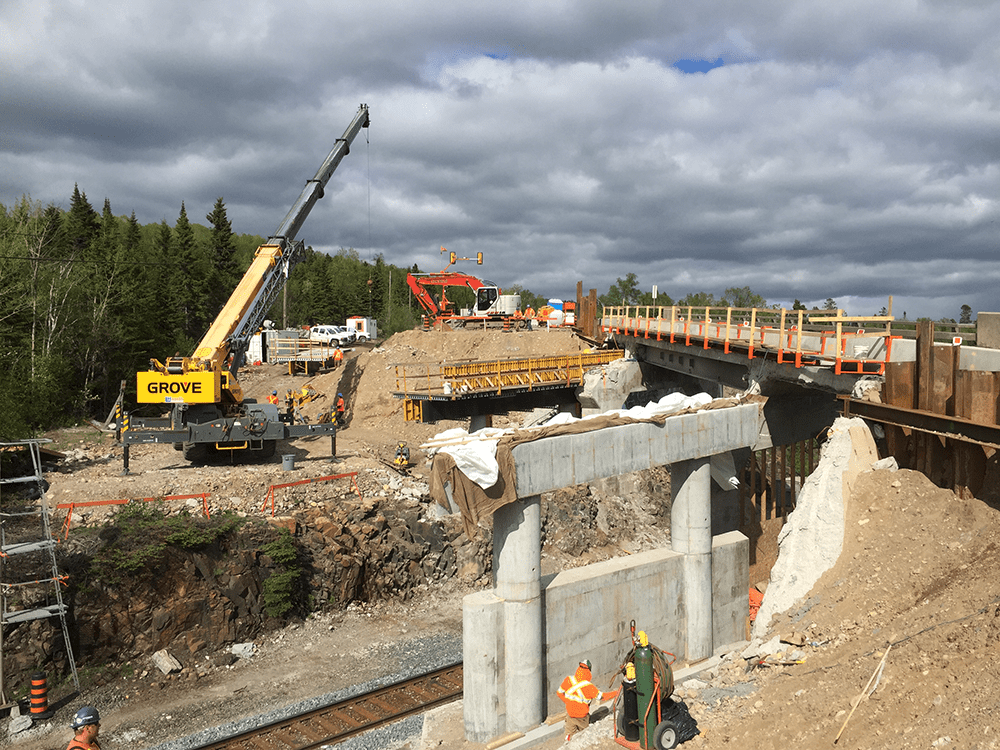 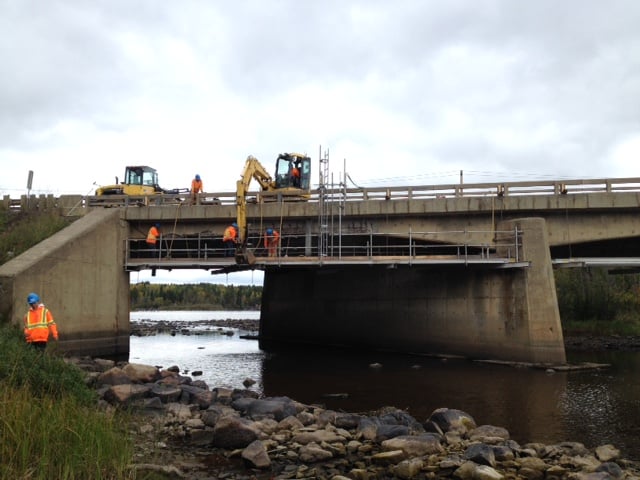 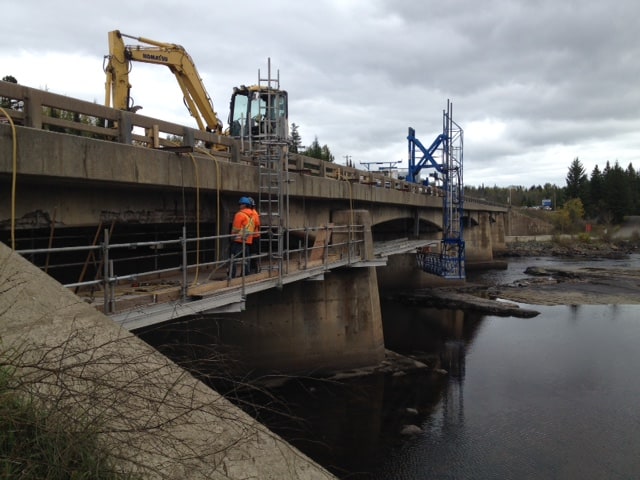 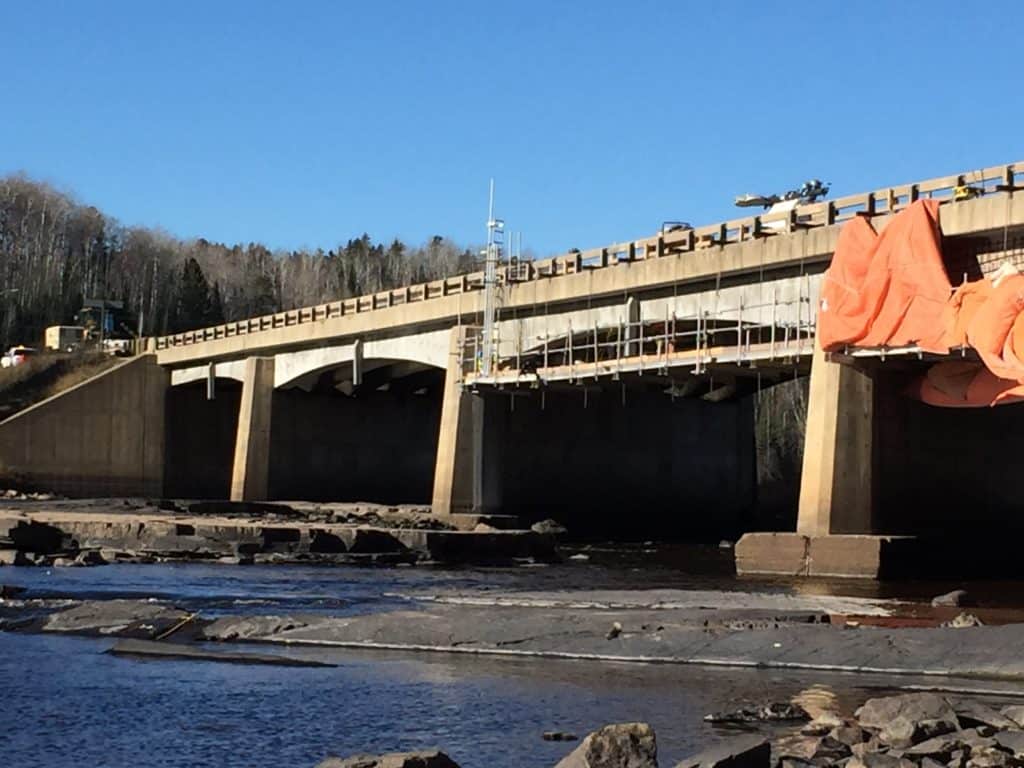 The Swamp River Bridge Replacement required the staged removal and monitoring of the existing wooden structure and its replacement with pretensioned voided box precast concrete girders on a deep H-pile foundation. Steel pile caps, driven sheet pile abutments & wingwalls, extensive paving, and steel beam guiderail were incorporated into the work. The Swamp River structure crosses an important fishery near lake Shebandowan and the LH North team ensured there were no environmental impacts during construction.

This project was successfully completed in the fall of 2014. 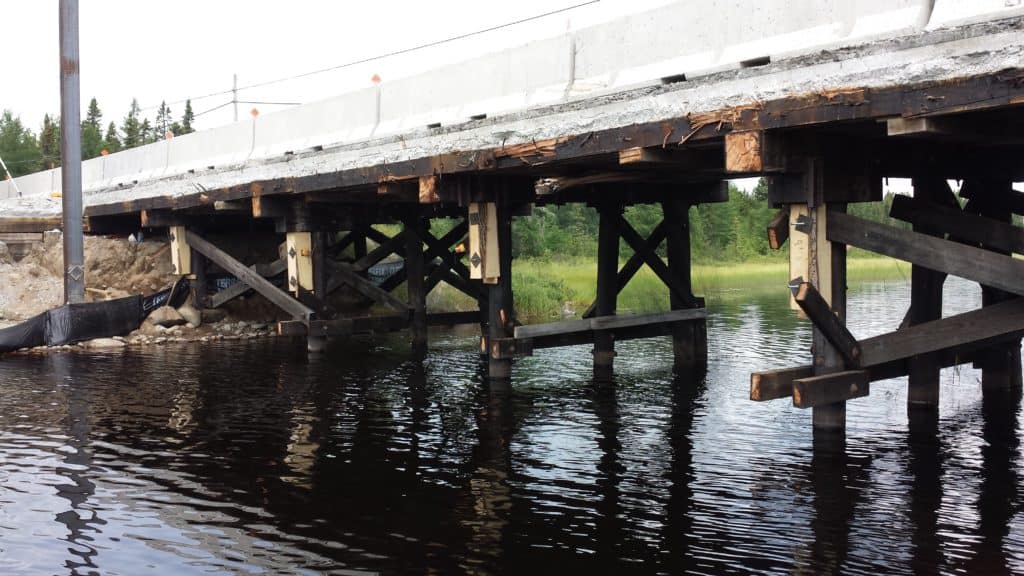 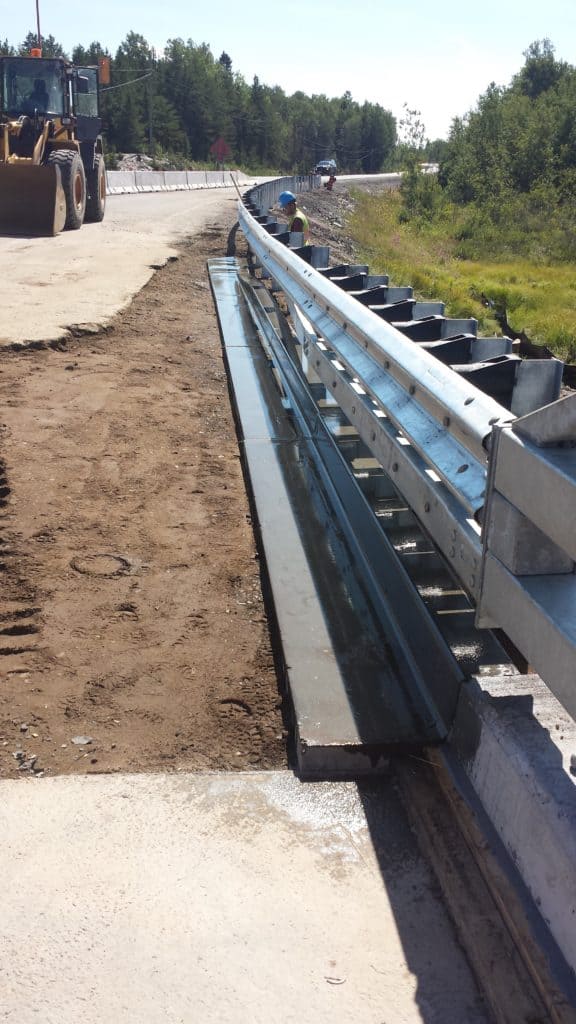 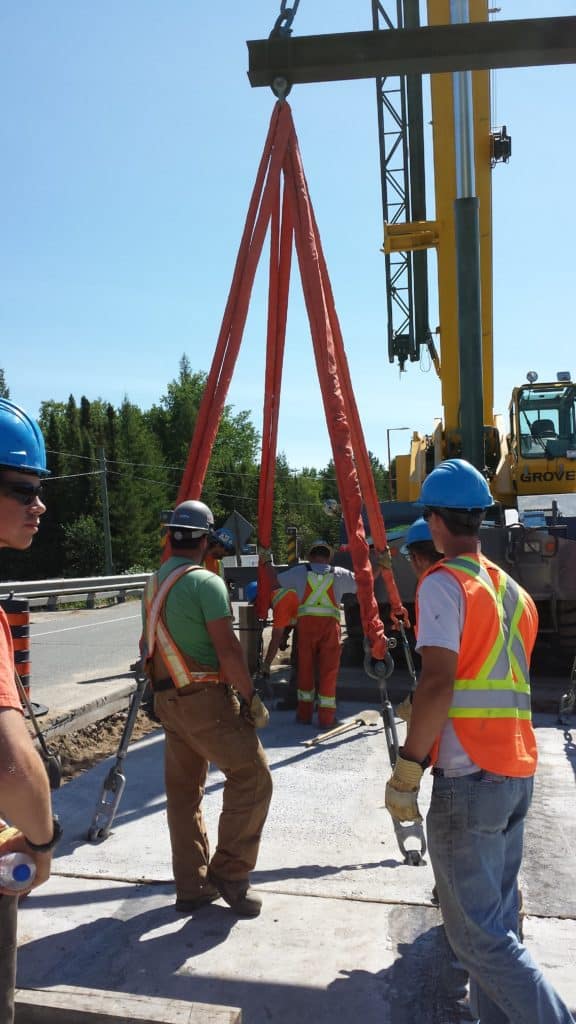 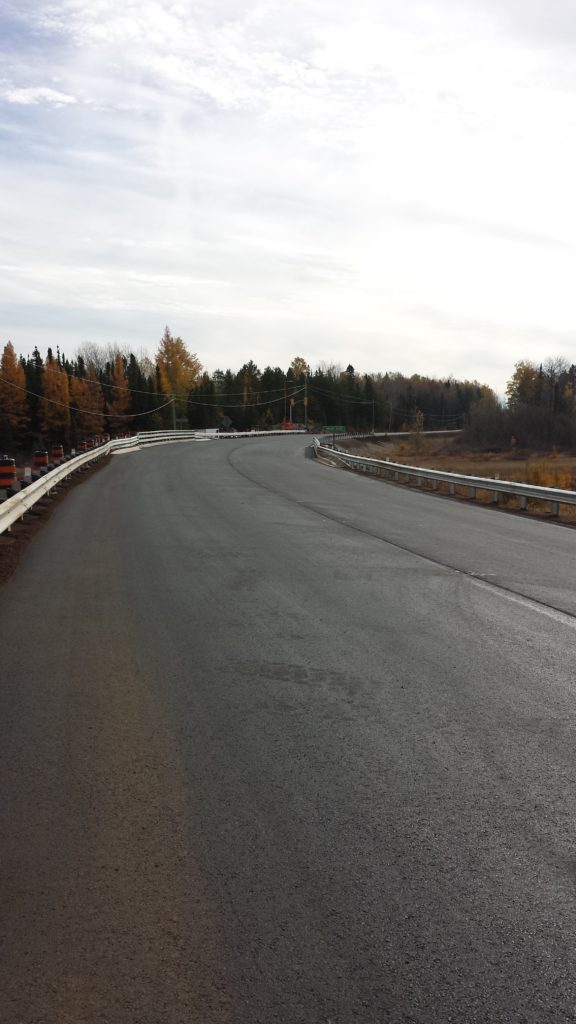 The Duke Street Overpass in Dryden required extensive work including the complete removal of the existing steel beams and concrete deck. After demolition, a new steel superstructure and cast-in-place deck were installed along with new box beam rails and paving. Additionally the existing pier and substructure required concrete rehabilitation. All work was completed while not impacting the existing CPRail infrastructure or train schedule!

This exciting project was safely completed on time and on budget in 2014. 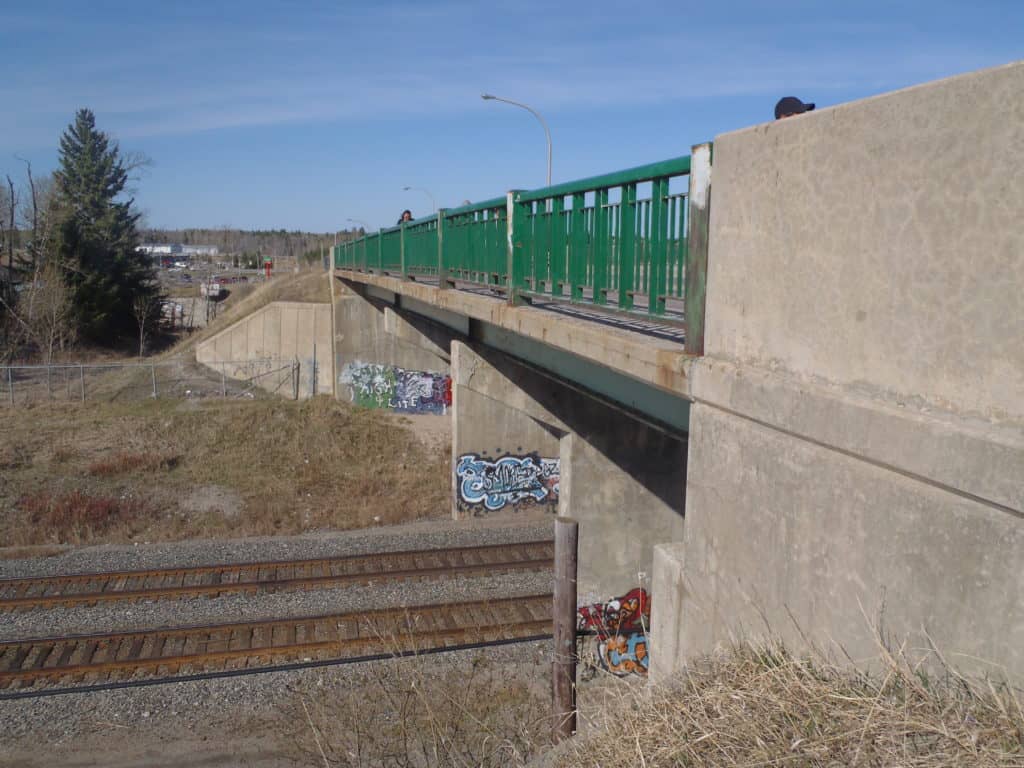 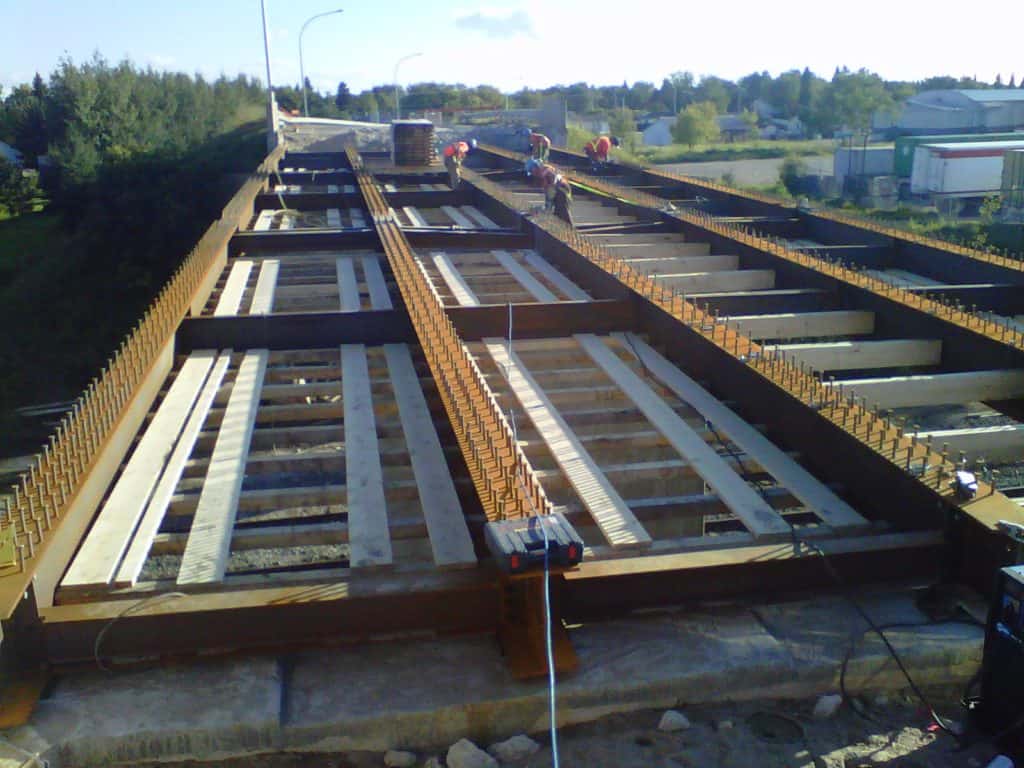 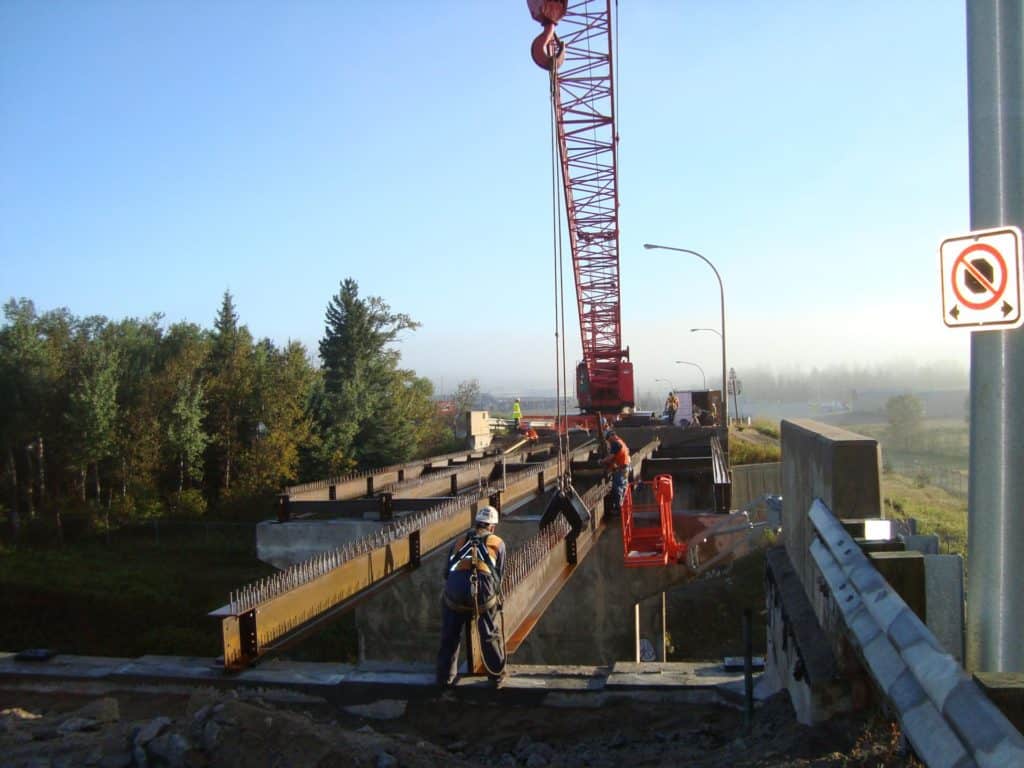 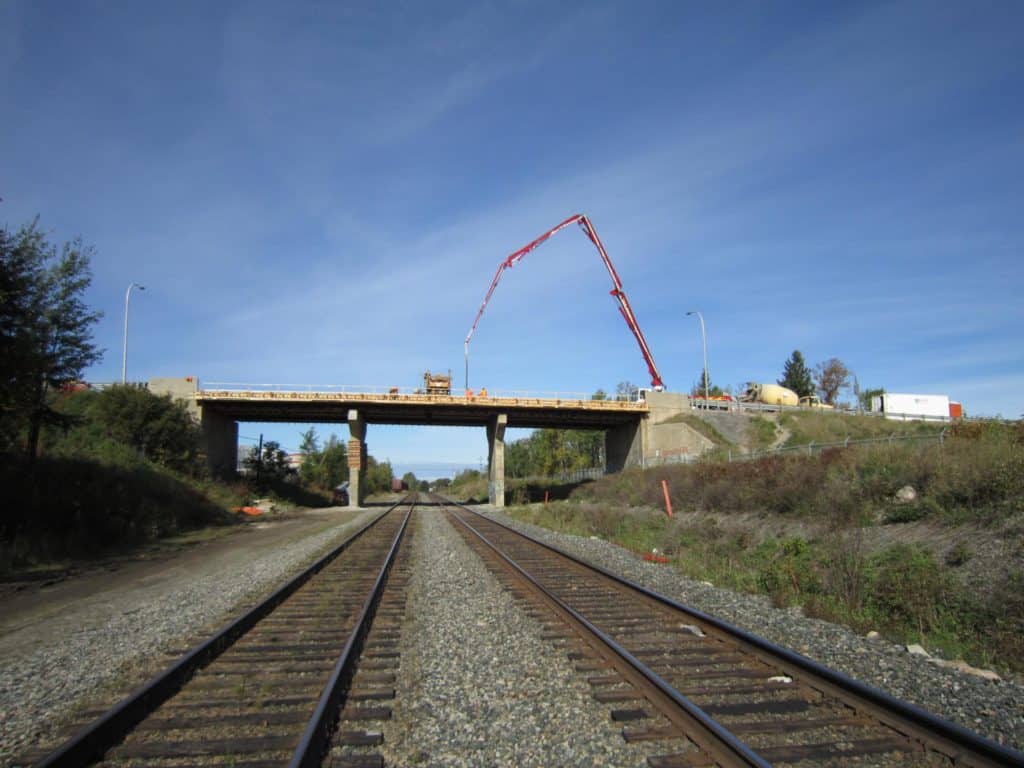 The Wabigoon River Bridge on highway 105 was a staged structural bridge removal and replacement, consisting of the removal of a pre-tensioned wooden structure as well as the demolition and removal of the existing  concrete abutments and wingwalls. As you can tell from the pictures, all the rushing water made this  no small feat! Thanks to the professional efforts of the LH North crew, both highway traffic and fast moving water were kept flowing steadily during the construction of this three span showpiece. The new substructure incorporated 900mm rock socketed caissons and cast-in-place pier caps which supported the new pretensioned voided box precast concrete girders. Sheet pile abutments and wing walls along with a major roadway grade raise completed the project.

This Job was completed safely and successfully in the summer of 2009. 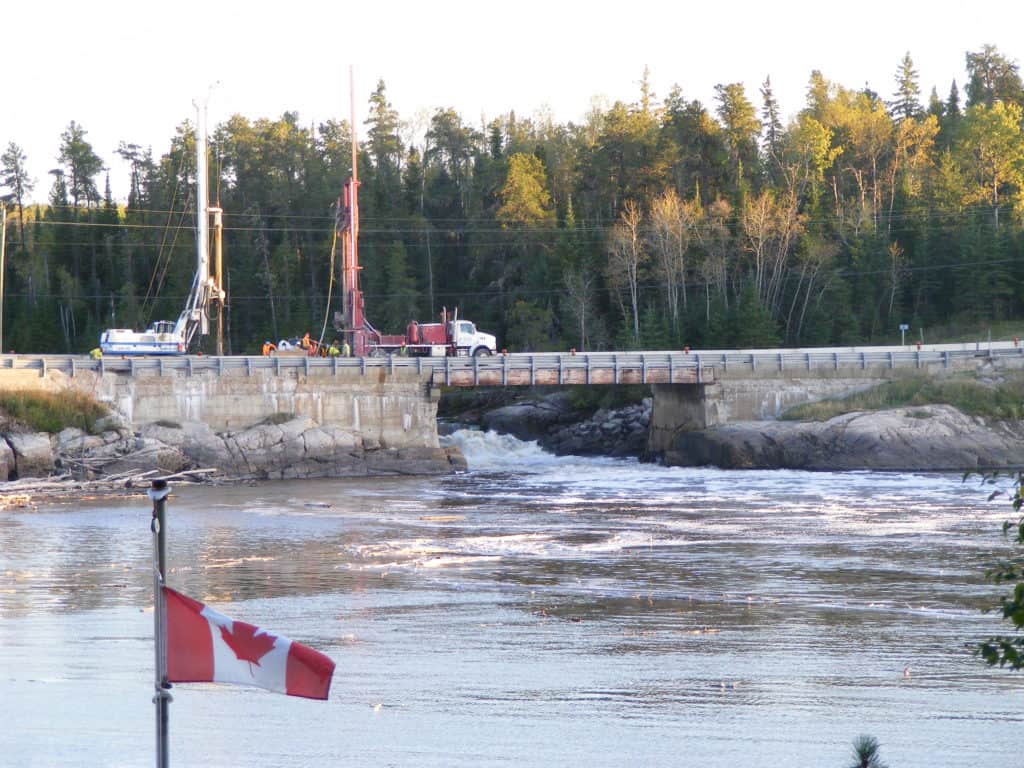 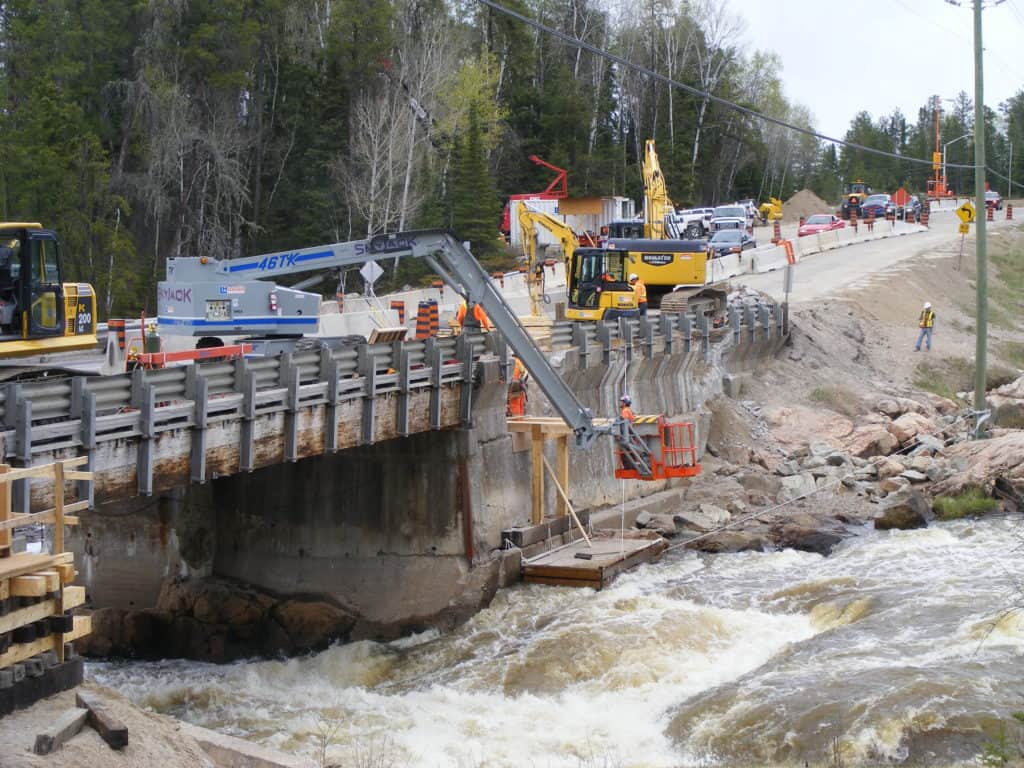 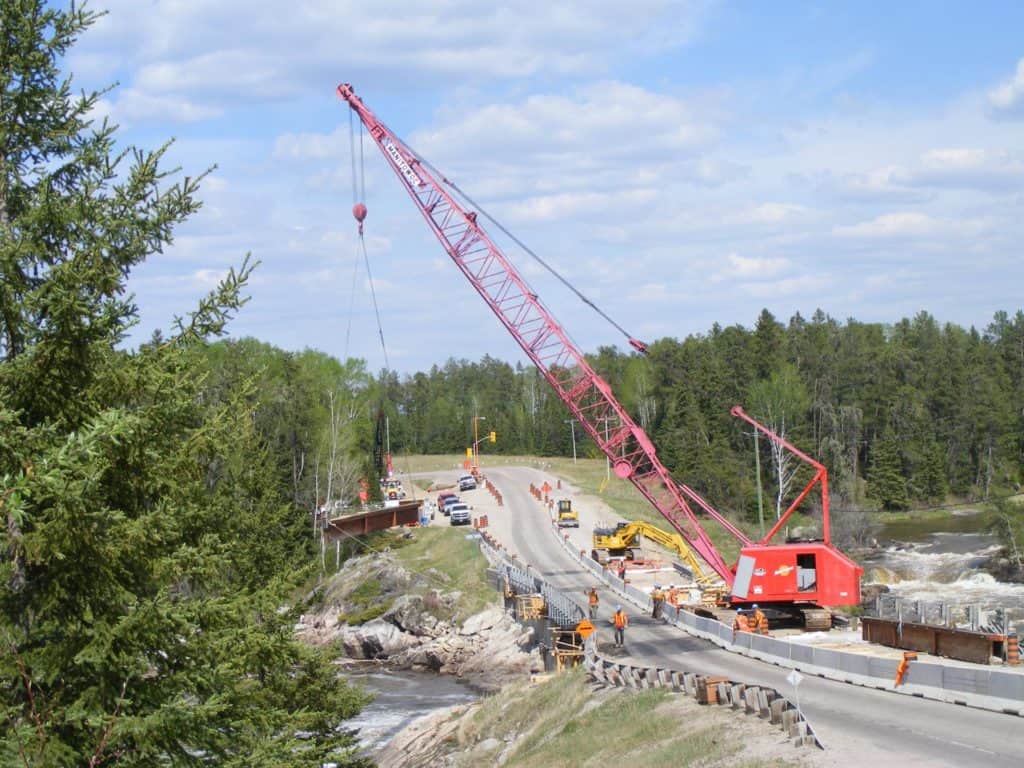 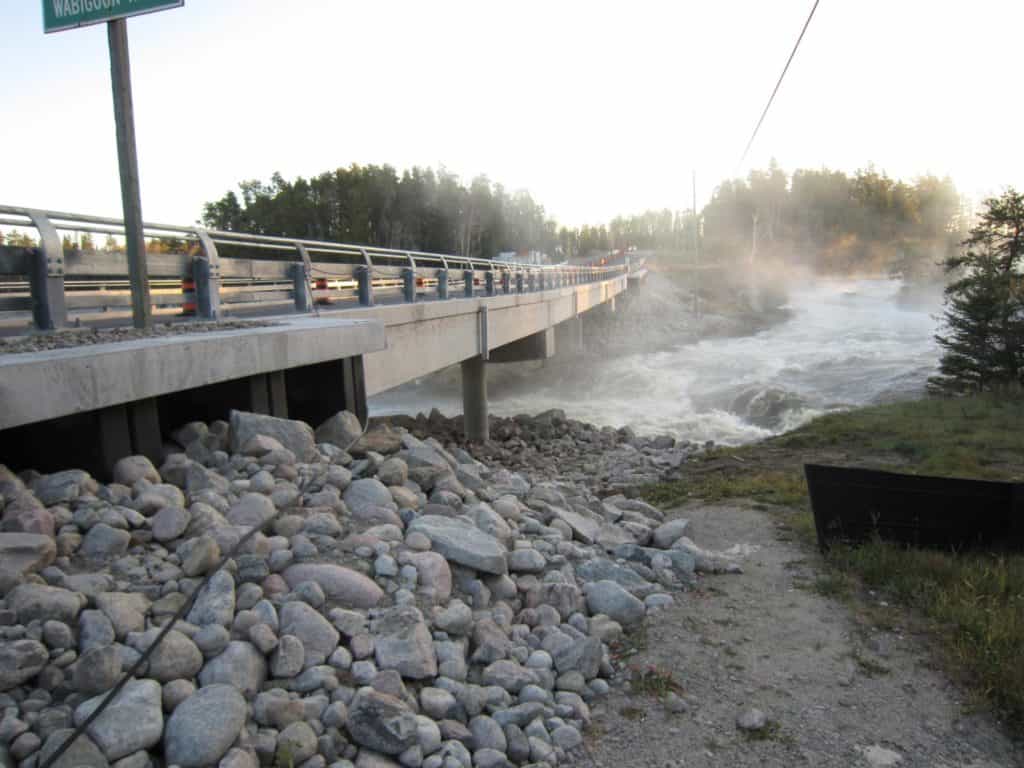 The  English River Bridge replacement on Highway 17 took place in the summer of 2013 and consisted of the staged removal of the existing structure in an environmentally sensitive fishery area. The new structure was founded on deep H-Piles and steel pile caps. The pretensioned voided box precast concrete girders were complimented by driven sheet pile abutments and wing walls. A significant highway grade raise was also incorporated into the project for enhanced traffic safety.

No environmental impacts to the surrounding waterways occurred during the construction of this important trans Canada east/west link. 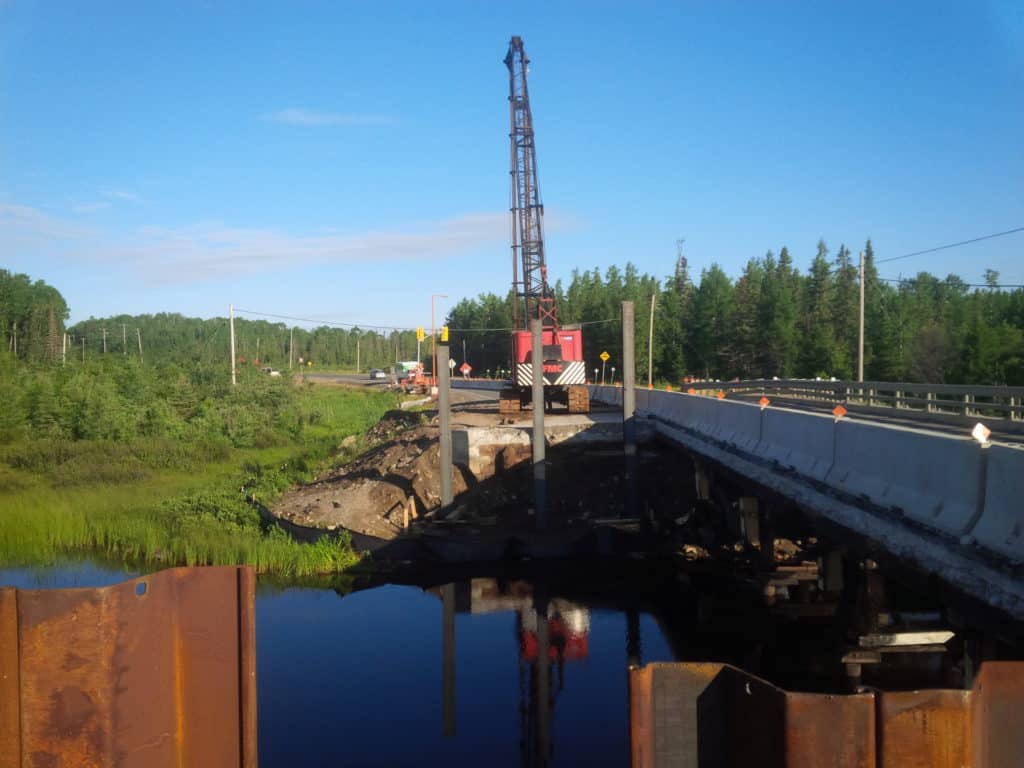 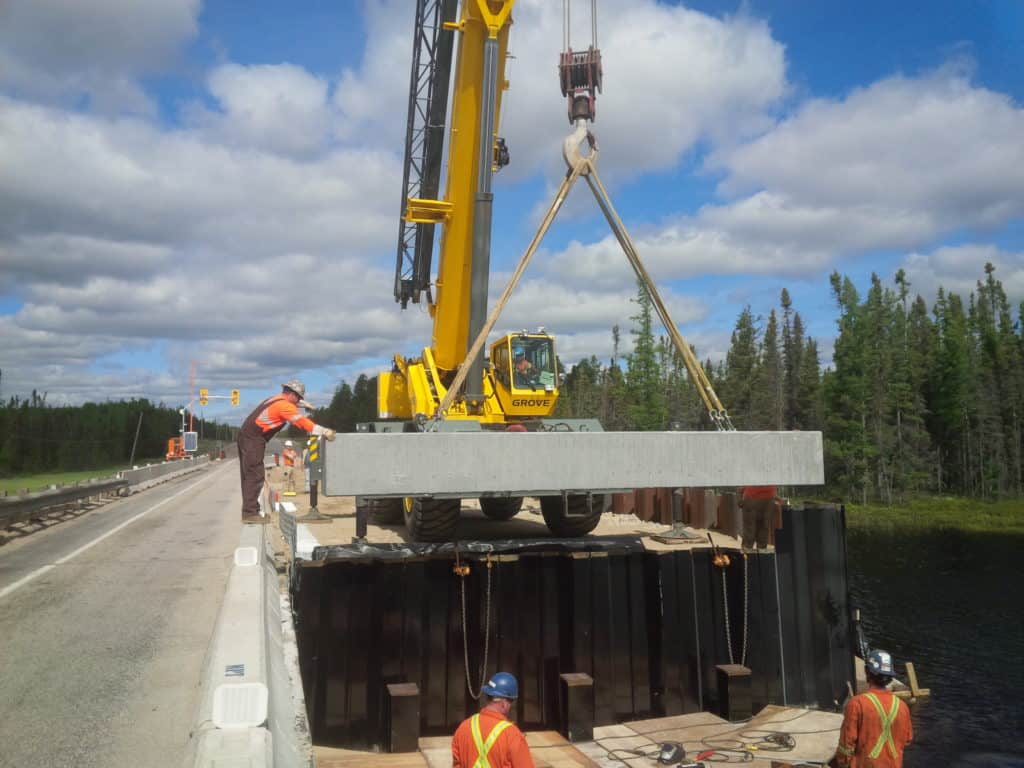 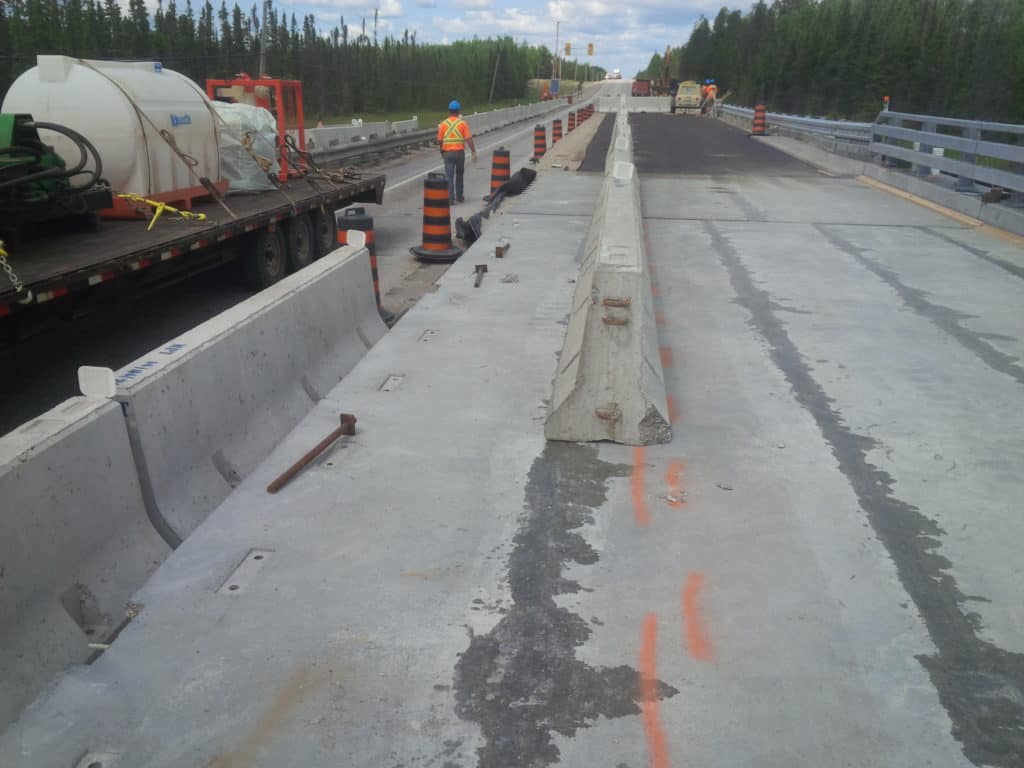 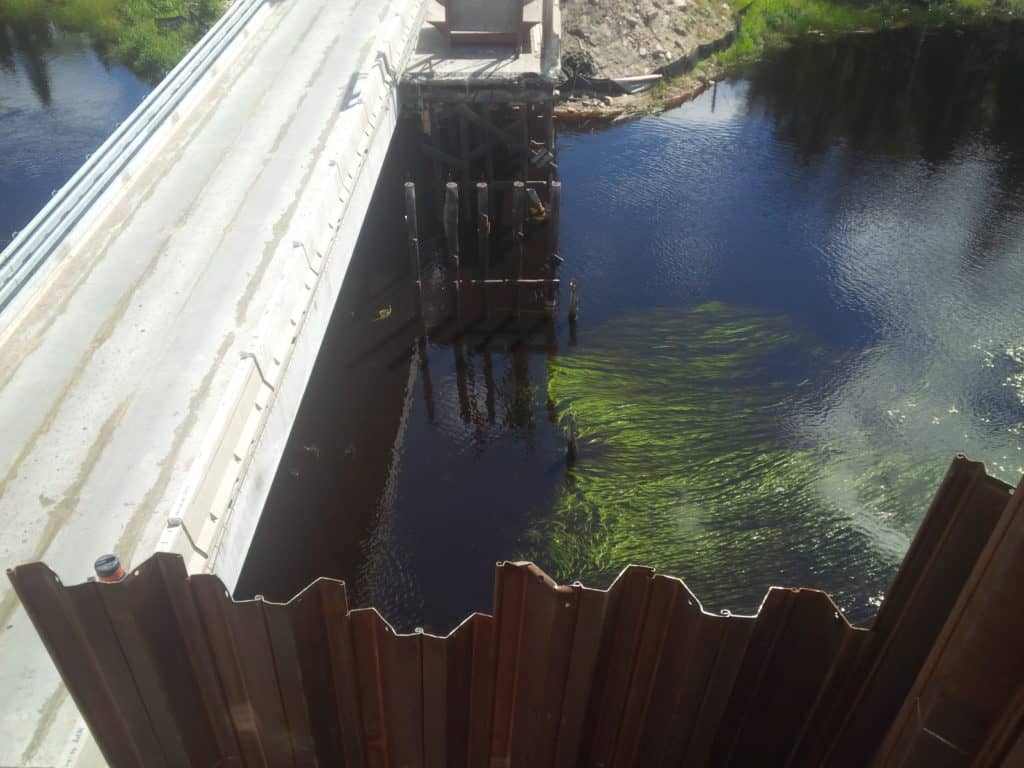